This is post nr.2 in the Series. If you haven’t read the previous post then you should definitely read – Should I Buy Ethereum? Why Ethereum is a Good Investment

Have you heard of the term early adopter? No?

If you don’t want to read here is the video version:

You are an early adopter: The technology is still new

Well, an early adopter is someone who starts exploring and learning about a technology that is not ready for mass adoption yet. It is possible that this technology still has a lot of flaws that need to be ironed out.

An early adopter is often rewarded for his patience by gaining knowledge before the majority of the population or by monetary gains.

If we look at the adoption curve. I still believe that

anyone entering the market today still belongs to the early adopters.

Especially if we look at how many people still have no clue what blockchain is about. Think about it like this. If you go back in time to when computers and the internet was completely new. It was a hassle to even connect to the internet to be able to send an email to the doctor or an acquaintance. It took over thirty years for the internet to establish itself in nearly every household and even now to this day the amount of users using the internet is growing.

You have to look at the big picture. This technology is here to stay and it is not only about this or that bull run but about how the technology will evolve over the next 10 years. Ethereum has a lot of potential to become a main player in the token utility market. It can be very profitable.

Is it too late to buy Ethereum?

The Concept of Ethereum as a World Computer 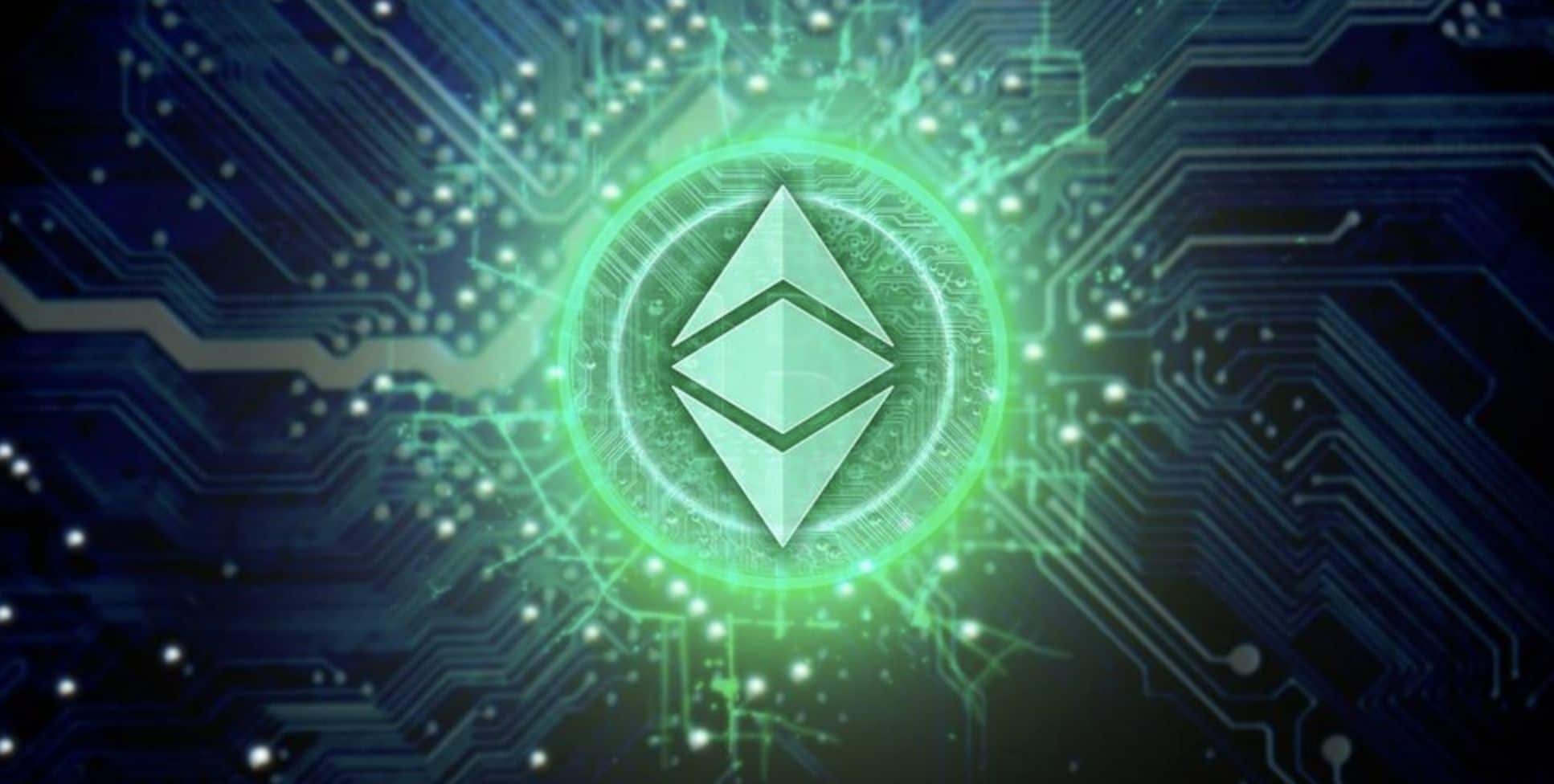 This seems like a far fetched idea from a space movie out of the 80’s. But hear me out on this. Ethereum is new. It just came out in 2016 and had to iron out a few bugs here and there.

Instead of having internet applications run on individual servers you can imagine these applications all running from one massive computer with smart contract capabilities. That would be the Ethereum Blockchain.

Ethereum will push a new era of decentralised applications called dApps. These dApps will be a lot more secure thanks to the smart contract ability of Ethereum.

These dApps will run on Ethereum. You can compare this to applications running on your windows or on your mac computer.

This is huge! You might not realise the potential of having applications that can not be manipulated or controlled by a centralised authority.

The possibilities that this gives us is endless. It will help individuals and businesses around the world improve a lot of processes. Since business have just recently started becoming interested in Blockchain technology – until now banks and other companies have been against this new technology – but in 2020 even more companies will enter the space.

Many assets such as homes, artworks, luxury cars, luxury watches and more can be secured on Ethereum’s smart contracts.

That means people won’t need to go through a lot of bureaucracy to change the ownership of an asset. They can transfer the ownership with a smart contract the same way as you can trade pokemon or magic the gathering trading cards. It probably won’t be as easy but hopefully you get the gist.

By using Smart Contracts on the Ethereum blockchain the buyers and sellers are not limited by geography, distance or currency differences as they can also settle all payments with the Ethereum currency.

Smart contracts can be used for small meaningless tasks like selling power to thousands of homes automatically without a third party.

This will allow the world to be more connected with each other for private individuals and businesses around the world. Ethereum is leading the way to become a more interconnected society. Answering the question: ‘Is Ethereum a good investment’ becomes a lot easier.

I will first explain what tokenization is before we look at the projection of tokenized assets for the next 10 years.

Tokenization is a highly effective way to protect sensitive information from other people such as ownership information.

But the other person still knows that the asset belongs to the first person, just without all the sensitive asset attached to the asset.

For example, let’s say I want to tokenize my car.

I can upload all the information such as the owner information, age of the car and it’s service history. With my token I can prove ownership of this car or I can transfer this ownership to other people.

The sensitive information can be shared to selected parties such as mechanics or potential buyers. If we stick with the car.

Even though there are thousands of cars with the same make and model, each car is unique as it has its own

compared with other cars with the same make and model. That is why it is so important to save all this information into a token.

It might still be difficult to fully understand the impact that tokenization will have on our lives and growth. Here are a few examples of what can be tokenized so that you see the usefulness behind tokenization.

When thinking about if Ethereum will have a future in the way information is stored, tokenization has always been a good argument for me. When people ask me  should I invest in ethereum.


Based on the research from the World Economic Forum, there is a predicted growth of around 10% of the Gross Domestic Product will be stored with the help of blockchain technology by 2025 and 2027. A medium article goes over a pretty accurate simulation model of the potential market size of a global tokenized market. For an in depth understanding what kind of assets they use for their estimation.

With their method they project a tokenized asset market of 24 trillion $ of financial assets in 2027.

In my opinion 2027 is only the beginning of an even bigger growth of the tokenized asset market. However, forecasting even further into the future is very difficult.  That is also why ethereum price predictions are hard.

There are a lot of problems with censorship around the world. Countries decide what they want their citizens to think and share with each other. They want to control the what kind of news gets published. If news gets published that the government doesn’t like, this news gets taken down. This leads to problems like this:

The importance of censorship free applications to share information between people around the world has become more and more a vital necessity.

This is already possible thanks to the immutability (can not be changed) way that blockchains work. You should check out this blog post I made a year ago about a chinese student saving her message on the ethereum blockchain. Here is the video version.

Decentralised applications that run on the Ethereum blockchain are immutable and cannot be censored.

Earning money with cryptocurrency is nice. Now you have the possibility to stake the Ethereum you bought. With the new upgrade of the Ethereum network Ethereum 2.0, Ethereum moved to a proof of stake model instead of a proof of work.

This allows people who have bought a minimum amount of 32 Ethereum to become a validator on the Ethereum 2.0 Blockchain.

By staking you can expect to earn between 4 and 10% per year.

If you are interested in learning more about staking. You can also use this ethereum staking calculator to calculate your rewards.

Thanks for reading! This is the end of Part 1. The rest  is still being written and edited.