For old and new investors one thing has been pounded in our head. “Never share your private keys”.  Since Dan and the EOS team hadn’t thought about creating a special set of private keys only restricted to voting.

Finding the right tool for the EOS voting hasn’t been all that easy. I have tried a few other available tools such as Scatter, but was not succesful with those.

Luckily a few Block Producer candidates have come together and endorsed Greymass as a trusted voting tool.

Exhaustive security audits on all third party wallets, browser extensions or voting portals have yet to be completed (though we encourage submissions!). However, if you want to vote now with an intuitive graphical user interface, the Block Producer Candidates listed at the bottom of this joint statement endorse the use of the Greymass EOS Voter wallet for Windows, MacOS, and Linux. The EOS Voter wallet is localized in six languages (including Korean and Chinese) and this 90 second tutorialshows how easy it is to vote with.

The tutorial on how to install Greymass can be found on Steemit.

I suggest that you watch the video at the beginning of this post. The whole voting process barely took 90 seconds. 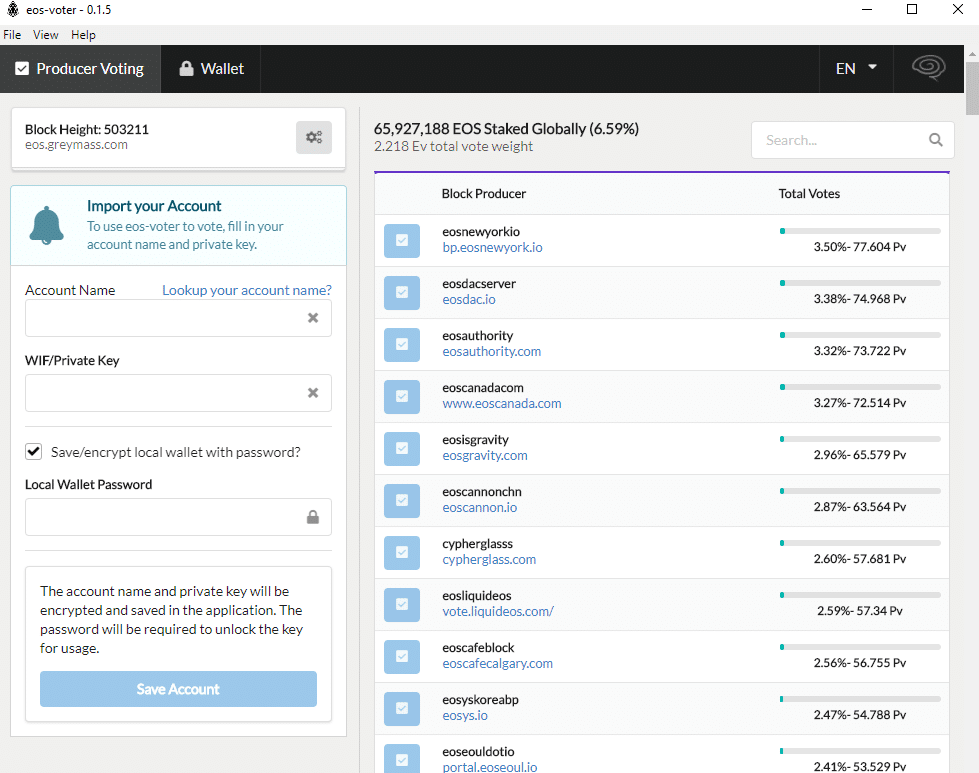